Why the market is so HOT right now 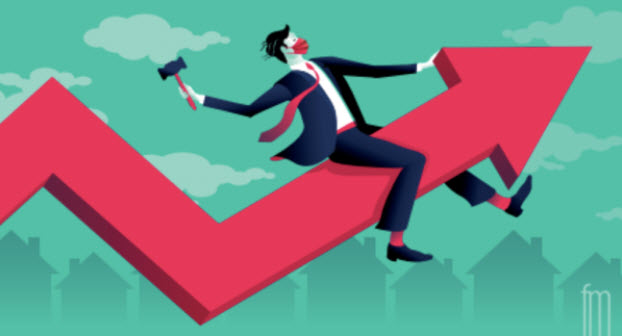 Even if you’ve only been a casual observer of the Real estate market over recent times, you will have been blown away by some of the sale prices that are being achieved.

There are many explanations for the current housing market boom, such as lower interest rates, relaxed borrowing rules, buyer grants, building incentives, stamp duty waivers and tax cuts. But while these have all contributed in some way to the rise in buyer demand, they don’t explain the dramatic increase in the number of potential buyers, or the huge rise in their buying power.

When we strip the market down to the basics, we are left with just two facts that explain why housing prices are booming and tell us what’s around the corner.  That’s because property purchases consist of two amounts – your deposit, and what the banks will lend you.

The banks require you to make a significant deposit on the purchase price of your property, because this protects them from risk if its value falls.

They also need to protect themselves from risk if interest rates rise, so they apply a floor rate which is two or three percent higher than the standard variable rate to your loan application. This serviceability test shows whether you can keep up repayments if interest rates go up and it controls the amount of housing finance that they will lend you.

These solutions have always made it difficult for first home buyers to obtain housing loans, but now everything has changed, and it’s largely because of the pandemic.

There are more potential home buyers than ever before

The need to have a big deposit has always been the first big stumbling block for potential home buyers. But last year, we had to endure lock downs, social distancing and border closures while many people worked from home. We stopped spending on travel, clothing, recreation, entertainment and holidays and saved the money instead.

Banks are willing to lend more to each potential home buyer

But it’s not only the number of first home buyers that has increased – the amount that banks are willing to lend has also gone up. This is because the banks have significantly lowered the floor rates against which they test home loan serviceability.

During the pandemic, lenders lifted their floor rates to seven percent and more, because they were worried that a severe economic recession was heading our way.

Now, however they have dramatically cut their floor rates because the economy is back in growth and the RBA has given an assurance that interest rates won’t rise for some years. The result is that potential home buyers have received a massive uplift in their assessed loan serviceability and higher loan amounts are being approved.

For those who like stats, this table shows the greater home buying capacity that the lower floor assessment rates have given potential buyers, when this is based on their household income. On average, the reduction has given home buyers the capacity to lift sale prices by up to twenty-five percent or more above pre-pandemic levels.

The three growth governors will soon kick in

Now you can see why there are not only more potential home buyers in the market almost everywhere, but that they can offer higher prices as they compete with each other. So what happens next? Watch for these three growth governors:

• The number of home buyers entering the market will start to fall.

• Loan size limits set by the banks’ lower floor rates will be reached.

• More current home owners will be motivated to “cash in” and try to sell.

As these growth governors take effect, there will be fewer buyers in first home buyer suburbs with more potential sellers and price growth will slow down.

We are already seeing evidence of this trend in many of the lowest priced suburbs of the Outer Sydney Rim (such as Penrith, the Lower Blue Mountains and Campbelltown), where the number of properties listed for sale has risen in recent months. This gives us a clear indication that the peak of the market is already close to being reached in these first home buyer locations.

While buyer demand is now rippling to higher priced areas as existing home owners decide to upgrade, the same growth governors will eventually limit the size and duration of price rises.

Some areas could be in for a wild ride though, if their house prices grow by more than twenty-five percent over pre-pandemic levels. Remember that the higher the price rises, the more likely it is that these areas will suffer price corrections as the market cools down.